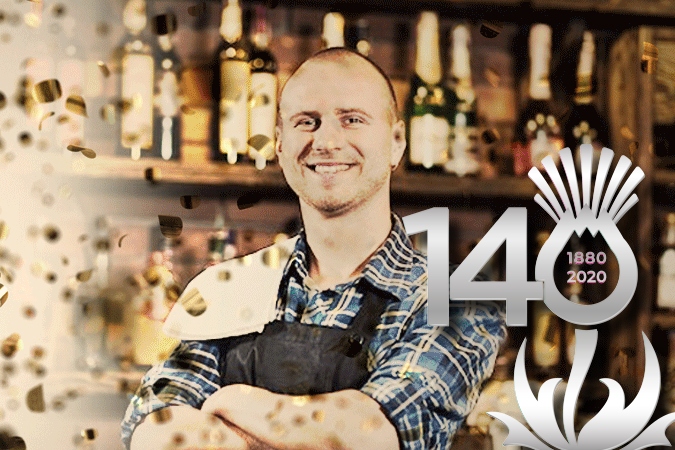 Almost half of those who completed the survey said Brexit has caused problems, but despite this 64% of businesses are reporting growth or are stable.

Colin Wilkinson, managing director of the SLTA, said: “Our survey covers all types of licensed premises and is an indicator of the key challenges facing the wide range of small to large businesses which trade within the wider hospitality sector.

“Our survey is based upon quantitative research from 500 outlets covering the length and breadth of the country and is supported by major food and drink chains, independent pubs, bars and hotels in Scotland’s hospitality sector.

“2018 was a buoyant year for the sector with the World Cup and a hot summer, so it is encouraging to see that so many of our member retailers performed well at Christmas and New Year and throughout 2019.

“Overall, 64% of respondents had businesses which were growing or stable, and this number grew to 75% at Christmas and New Year – significantly 22% growth of over 10%.

“We are delighted to see so many retailers improve their offers for consumers, utilise digital media, and continue to create more employment in the tourism and hospitality sectors.

“In addition, it is encouraging to see retailers evolve to meet emerging market trends, with more and more retailers supporting small, local producers with 85% of our members stocking craft beer and spirits.”

Wilkinson also reemphasised the critical role pubs and bars play in the tourism sector with local pubs and bars being a top attraction, especially for foreign tourists.

Retailers also took the opportunity to reflect on the major changes in the sector in the last decade, highlighting their pride in the role that pubs and bars have played in improving standards, creating more employment, and supporting local craft suppliers.

But there is also a concern about the constant onslaught of legislation from local, Scottish and UK Governments.

“Our survey also flagged up concerns about changes to rates and employment costs and the current political climate with 47% of respondents saying it had a negative impact on their business, while there were zero retailers who had seen a positive impact,” said Wilkinson.

The report is the latest annual review from the SLTA and provides key insights on food and drink performance directly from frontline retailers across city centre and rural locations.

Alistair McAlinden, head of hospitality and leisure for KPMG in Scotland, said:“It is very pleasing to see the positive mid-year responses echoed in these latest survey results.

“The stability and growth being reported are testament to the tireless efforts of operators to enhance and diversify their offerings in what continues to be a challenging and uncertain market place.”

He added: If an encouraging 2019 is to be capitalised on during the year ahead, it remains crucial for operators to proactively and regularly review business and contingency plans, including taking appropriate advice at an early stage.

“As we enter a new decade – and while challenges will, undoubtedly, persist – the sector should, quite rightly, take great pride in the innovation and resilience which continues to be displayed by operators.”

Wilkinson concluded: “The SLTA, this year celebrating its 140thanniversary, has been the voice of the licensed on-trade in Scotland since 1880, and this report demonstrates our ambition for retailers to work with manufacturers and brand owners by sharing the frontline key insights which our member retailers are uniquely able to provide to manufacturers and wholesalers.”