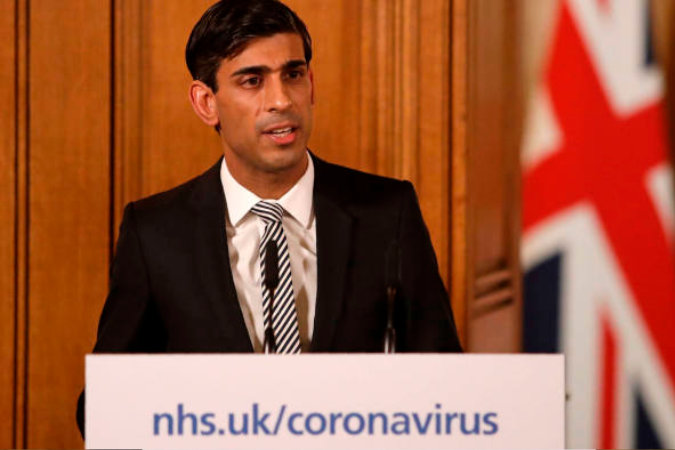 As part of the Chancellor’s announcement on Friday he confirmed the changes that would be made to the Furlough Scheme and additional support for the Self-Employed.

Following unprecedented Government support to businesses since the beginning of the pandemic, there is now broad consensus across the political and economic spectrums that, as the economy reopens, the furlough scheme cannot continue indefinitely.

The Chancellor outlined the principles of his approach two weeks ago when he said:-

“The furlough scheme will remain open all the way until October.   We will ask employers to start contributing, as we also introduce flexible furloughing and employees will see no change to their level of support”

He has now provided more details in his recent statement:-

“I believe it is right, in the final phase of this eight-month scheme to ask employers to contribute, alongside the taxpayer, towards the wages of their staff.   But I understand, too, that businesses and employers have been through an incredibly difficult time.

So, I have decided to ask employers to pay only a modest contribution, introduced slowly over the coming months.

In June and July, the scheme will continue as before, with no employer contribution at all. In August, the taxpayer contribution to people’s wages will stay at 80%.   employers will only be asked to pay National Insurance and employer pension contributions which, for the average claim, account for just 5% of total employment costs.

By September, employers will have had the opportunity to make any necessary changes to their workplaces and business practices.

Only then, in the final two months of this eight-month scheme, will we ask employers to start paying towards people’s wages.   In September, taxpayers will pay 70% of the furlough grant, with employers contributing 10%.

In October, taxpayers will pay 60%, and employers will contribute 20%.   Then, after eight months of this extraordinary intervention of the government stepping in to help pay people’s wages, the scheme will close.

The biggest request I’ve heard from businesses large and small, right across our country, is to have the flexibility to decide what is right for them.   So, to protect jobs, and help businesses decide how quickly to bring their workforce back, we are introducing a new, more flexible furlough.   This is a critical part of our plan to kickstart the economy.

The financial security of the furlough scheme has been a relief for many, but at the same time people want to work. No one wants to be at home on furlough. No one wants to feel unable to contribute.   So HMRC and the Treasury have worked hard to put the flexible furlough in place not from August 1st, as originally planned, but from July 1st – one month early.

From July 1st, employers will have the maximum possible flexibility to decide on the right arrangements for them and their furloughed staff.

For instance, if you are watching at home and on furlough, your employer could bring you back two days a week.   They would pay you for those two days as normal, while the furlough scheme will continue to cover you for the other three working days.

To allow us to introduce this new, flexible furlough from July 1st, we will need to close the old scheme to new entrants on June 30th.  Employers wanting to place new employees on the scheme will need to do so by June 10th to allow them time to complete the minimum furlough period before then.

Alongside the furlough scheme for employees, our economic response has also supported the self-employed.   The self-employment income scheme will be extended, with applications opening in August for a second and final grant.

The final grant will work in the same way as the first did, paid out in a single instalment covering three months’ worth of average monthly profits.

To maintain the sense of fairness alongside the job retention the value of the final grant will be 70%, up to a total £6,570.

Otherwise, there will be no changes and no further extensions to the schemes, which continue to be some of the most generous in the world.

Our economic response to coronavirus was designed to keep people in work, protect people’s incomes, and support businesses.   All to give us the best chance of recovering quickly as the economy reopens.   But I do want to acknowledge that we haven’t been able to support everyone in the exact way they would want.   I understand some people have felt frustrated. But you were not and have not been forgotten.   Even if you don’t qualify for the furlough or self-employment schemes, we’ve provided a wide range of support from discounted loans, to tax cuts, mortgage holidays and enhanced welfare.

Now, our thoughts, our energies, our resources must turn to looking forward, to planning for the recovery.   And we will need the dynamism of our whole economy as we fight our way back to prosperity.

Not everything will look the same as before.

It won’t be the case that we can simply put the key in the lock, open the door, and step into the world as it was in January.   We will develop new measures to grow the economy, to back business, to boost skills, and to help people thrive in the new post-Covid world.

Today, a new national collective effort begins: to reopen our country and kickstart our economy.”