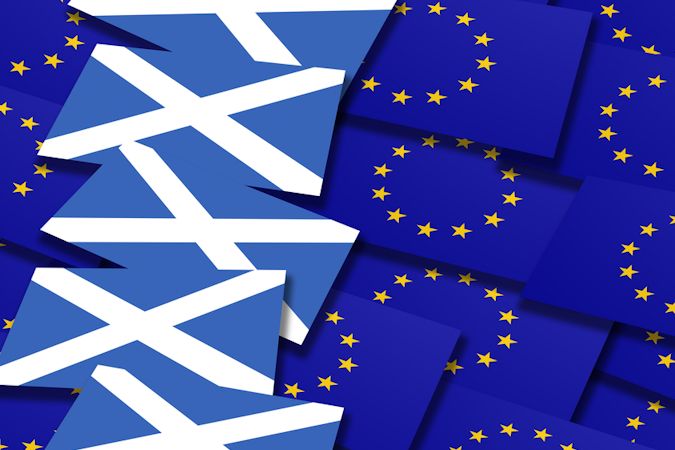 Written Call for Evidence – Scotland’s relationship with the EU

Given the current lack of certainty about the date on which the UK will notify the European Council of its intention to leave the European Union, as well as the lack of clarity about the relationship that the UK will seek with the EU in the future, the Committee intends to take a flexible approach to its inquiry work and may seek further evidence on specific issues in the future.

At this point in time, the Committee would welcome the views of individuals and organisations in relation to any of the areas set out below, or other areas that those submitting evidence to the Committee consider to be of importance—

The Committee recognises that there is considerable uncertainty for businesses, for organisations, for institutions and for individuals – particularly EU citizens – about the prospect of a withdrawal from the EU. It would therefore welcome case studies which illustrate the impact that the vote to leave the UK is having in Scotland. It would be helpful if you could describe the nature of your business and what impact the vote to leave the EU may have.

The Committee would also welcome views on how best Scotland can maintain its relationship with the EU as mandated by the recent vote in the Scottish Parliament.

The Committee would welcome views on—

The domestic process for dealing with a withdrawal from the EU

Withdrawal for the EU would have significant impacts on legislation. The Committee would welcome views on—

Currently EU funding makes a significant contribution to Scotland’s economy, whether through the European Structural and Investment Funds (ESIF), Horizon 2020 and other competitive funding opportunities. The Committee would like to hear views on—

The position of EU citizens in Scotland

Many EU citizens have made their homes in Scotland either on a temporary or more permanent basis. The Committee would welcome views on—

How to submit written evidence

You may wish to respond on some or all of the issues outlined above, or to raise other issues that you consider to be of relevance to the Committee’s planned inquiry. Evidence should be reasonably brief and typewritten (preferably normally no more than 4-6 sides of A4 in total).

The initial deadline for receipt of written submissions is Monday 5 September, although the Committee will welcome further evidence that responds to developments on this issue. Owing to the timescale normally required for the processing and analysis of evidence, late submissions will only be accepted with the advance agreement of the Clerk.

The Committee prefers to receive written submissions electronically and in a form accessible by MS Word. These should be sent to:

You may also send a hard copy of written submissions to:

Before you submit your written evidence, please ensure that you have read our policy on treatment of written evidence. Written submissions will be handled in accordance with this policy.

We would also be grateful if, when using any tables or graphics in your submission, that you include a short paragraph explaining what the table/graphic shows. This helps readers with visual impairments.

How to submit a video as evidence

We welcome videos as a form of evidence.   Please read our guidance before sending a video.

For details about the Committee’s work on this inquiry please contact Katy Orr, Clerk to the Committee, tel 0131 348 5234 or katy.orr@scottish.parliament.uk.