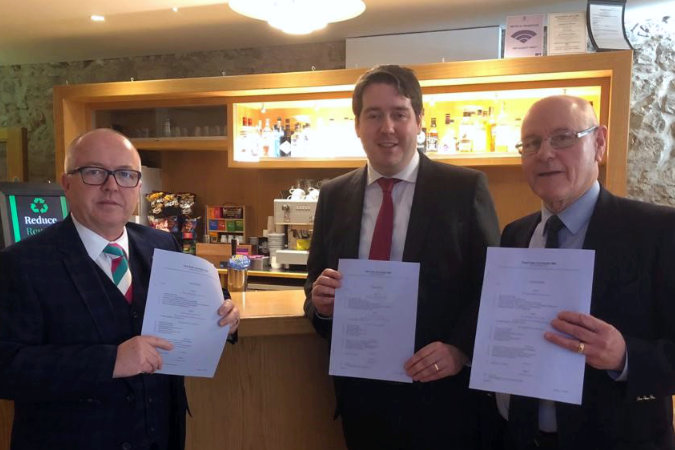 A landmark Bill to deliver greater fairness and choice for Scotland’s pubs has been lodged at the Scottish Parliament.

By resetting the relationship between tied pub tenants and their pub company landlords, Labour MSP Neil Bibby’s Member’s Bill is designed to make rents and leases fairer for licensees.

It could also increase choice for consumers, by making it easier to bring locally-brewed products to the market and protect jobs in the pub and brewing industry.

In Scotland, there are hundreds of pubs in “tied” agreements in which pub tenants rent from pub owners, with an obligation to purchase alcohol from a particular pub company. This can leave tied pubs worse off than pubs which have no tied arrangement.

If passed, the Tied Pubs (Code and Adjudicator) (Scotland) Bill will create a statutory Pubs Code to regulate the relationship between tied pub tenants and their pub-owning landlords, with an independent adjudicator to enforce the code.

That code would be based on the principle of fair and lawful dealing and would make sure that no tied pub tenant is worse off than a pub that is free-of-tie. In England and Wales, new tied pub laws are already in place.

The proposal has won the cross-party support among MSPs required to proceed, and a public consultation found that 93% of responses were supportive of the Bill.

During the consultation the campaign for tied pub reform has been backed by a broad coalition including the Scottish Licensed Trade Association, the Campaign for Real Ale, GMB Scotland, the Federation of Small Businesses, the Scottish Tourism Alliance, the Pubs Advisory Service, Tennent Caledonian Breweries and many small brewers.

“It is designed to deliver a fair deal for tenants, greater choice for Scotland’s pub goers, and to protect jobs in the pub and brewing industries.

“The Bill will reset the relationship between tied licensees and their landlords, giving tied tenants in Scotland statutory protection for the first time.

“It will also make it easier to bring locally-brewed products into the tied pub sector, helping local economies and boosting sustainability, while also offering more choice to pub-goers.

“I look forward to working with MSPs and the Scottish Government to pass this Bill and change the law.”

Colin Wilkinson, managing director of the Scottish Licensed Trade Association said: “Tenant licensees are in a very vulnerable position. The sector needs legislation in Scotland to ensure that pub tenants get a fair deal and that they are no worse off than a free-of-tie licensee.

“The only way to ensure pubcos do not exploit their tenants is for the Scottish Government to introduce a robust code of conduct, which must be detailed, universal and comprehensive to avoid misinterpretations. There is also a need for an adjudicator to enforce that code and ensure that Pubcos are not exploiting tenants.”

The Bill can be read here.

Existing legislation for England and Wales can be readhere.