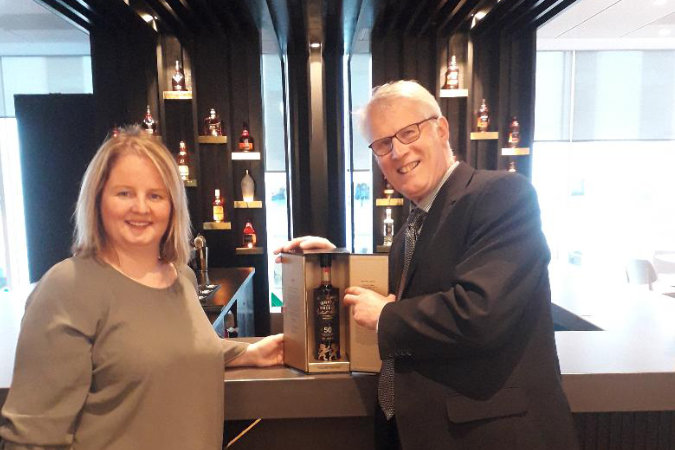 Proprietor of the Hielan Jessie in Glasgow’s Gallowgate, Billy Gold, is one of the recipients of a rare bottle of 50-year-old blended Scotch whisky from Whyte & Mackay estimated to be worth £5,000.

Consumers also had the chance to win one of 1,500 50cl bottles through an exclusive nationwide promotion advertised on 70cl and 1-litre bottles of Whyte & Mackay blended Scotch whisky.

Whyte & Mackay 50 Year Old has been matured in an assemblage of the finest bourbon barrels, first and second-fill Matusalem sherry butts, Tawny Port Pipes and, finally, in 30-year-old Apostoles sherry butts from the bodegas of Gonzalez Byass in Jerez de la Frontera, Spain.