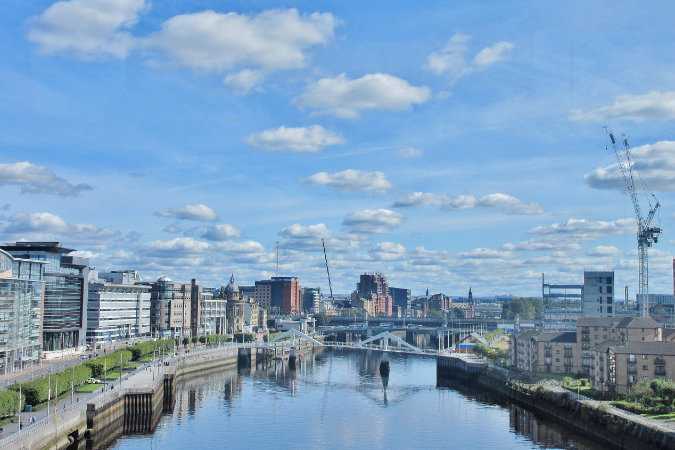 ‘Bittersweet’ news for licensed trade in Glasgow as city remains in Level Three and operators miss out on bank holiday weekend trading.

Glasgow will move to Level 2 from next weekend as long as key indicators remain stable or fall.

There are signs that the situation is stabilising in the postcodes at the heart of the initial outbreak and across the city generally, and that, if that trend continues, the city can move to Level 2 from 00:01 on Saturday 5 June.

Further funding has been made available to Glasgow City Council to provide additional support for businesses in hospitality and leisure in Glasgow, with grants ranging from £250 to £750 per week.

Case levels in Glasgow are uncomfortably high but there are signs of progress. So, the view of the National Incident Management Team is that it would be premature to move Glasgow out of Level 3 this week while the situation remains so fragile. However, if incidence continues to stabilise, and assuming levels of hospitalisation remain reasonably stable, they will support a move to Level 2 from the end of next week.

Of course, it is necessary that we do see progress continue. We will be watching the critical statistics carefully every day. If the massive public health efforts continue to have an impact; if our collective efforts continue to drive the virus back; then from next Saturday – 5 June – the plan would be for the city to move to Level 2.

But I need to be very clear. We need to see the positive signs to continue to make that a reality. To give as much advance notice as possible, I intend to confirm any decision to Parliament no later than Wednesday of next week.

So, my message to the people of Glasgow is, don’t lose heart. I live in the city, so I know how hard this is. But please, continue to help with all of the public health efforts that are in place. If we continue to do that, we will move out of Level 3 quickly.

In particular, please come forward for the vaccine – not just the first, but both doses. And that applies to young people too. This virus can and does make people ill – being young is not a cast iron protection against it. Far from it – a high proportion of the, albeit relatively low, number of hospital cases now are amongst younger age groups.”

Mainland Scotland is currently due to move from Level 2 to Level 1 on 7 June. The First Minister said she is planning to confirm on Tuesday to Parliament whether that move will take place.

In responding to the announcement, the Scottish Licensed Trade Association issued the following press release:-

TODAY’s news that Glasgow is to remain under Level Three coronavirus restrictions for at least another week has been described as “bittersweet” by the Scottish Licensed Trade Association as many operators continue to vent their fury over the decision to permit a month-long, 6,000-capacity fan zone in Glasgow Green for the Euro 2020 football tournament.

First Minister Nicola Sturgeon confirmed that a decision on whether to move the Glasgow City Council area into Level Two would be made by next Wednesday, a move welcomed by the Scottish Licensed Trade Association but one that still leaves the licensed hospitality sector “in limbo and missing out on the May bank holiday weekend trading that so many operators had hoped for”.

That we will get a definitive decision next Wednesday on whether premises can move down to Level Two is good as it gives them a bit more time to get organised and we thank the Scottish Government for listening to our concerns about always being told what’s happening at the last minute.

However, it’s bittersweet for the many pubs, bars and other licensed hospitality businesses who are still in limbo and missing out on the May bank holiday weekend trading that so many operators had hoped for and with the weather forecast promising sunshine.

The First Minister, during today’s briefing, told Glasgow ‘don’t lose heart’ but these are pretty hollow words as the impact of staying in Level Three has a much wider impact for Scotland and the country’s tourism industry. The Government must also ensure that adequate financial support is in place.”

Earlier this week, Mr Waterson spoke of the “fury and intense anger” among licensed hospitality trade operators in the city that 6,000 people are to be permitted to converge on Glasgow Green and buy alcohol when many licensed venues that have followed the guidelines and invested in all the tools to stop the spread of the virus and operate in a safe and controlled environment remain under restriction.

We need urgent answers as to how this fan zone is going to be policed in a situation whereby thousands of people will be drinking alcohol while watching a football match – who will be controlling physical distancing, table service and other elements that our pubs, restaurants and hotels have had to adhere to. It is just not good enough.”

David Maguire, a veteran of Glasgow’s hospitality scene, and owner of 1051 GWR Restaurant and Bar in Great Western Road in the City said:-

Noting the statement regarding the fragility of our recovery, the idea that the city should continue to plan to host a month-long party for 6,000 people daily is absurd.

Highly experienced operators already wrestle with mandatory table service within existing beer gardens in Glasgow so the suggestion that 6,000 people whose purpose is to drink significant amounts of beer will be managed in a way that complies with one-metre physical distancing via table service is dangerously naive and negligent.

Why on Earth, when we are apparently turning a corner, is the city determined to have an event which is by definition designed to spread the virus? When the numbers rise again post-event and we are locked down again the public and trade will not forget these warnings.”

“If the fan zone at Glasgow Green can serve 6,000 people a day, given that not that many fans are going to travel Glasgow from elsewhere just to watch a game on a big screen, the hospitality industry in the Glasgow area will be losing 6,000 potential customers a day for a month.

These are businesses that pay business rates and licence fees to Glasgow City Council and serve the people of Glasgow 365 days a year yet we have been forced to close for the best part of a year and now the Scottish Government is approving an idea which will rob us of a chance to claw back a tiny amount of what we have lost.”