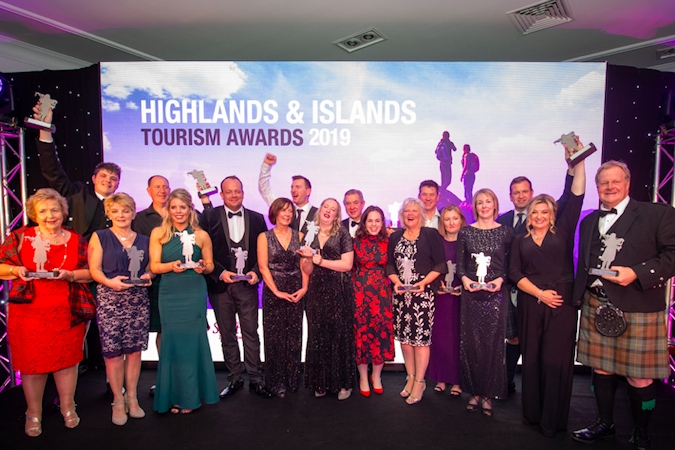 The Best Bar/Pub award went to the Isle of Skye’s Sligachan Hotel while Best Restaurant Experience was won by Etive Restaurant, Oban.

Kingsmills Hotel in Inverness scooped the Best Hotel Experience Award with Best Informal Eating Experience going to Café One One Two in Nairn.

Other winners at the awards, held at the Drumossie Hotel, included Christina Smith, duty manager at the Ness Walk hotel, who was named Highland rising star and praised for consistently delivering a level of customer service beyond expectation.

Winners of the HITA awards – with the exception of the Highland Ambassador and Highland Rising Star – automatically qualify for a place at the national Scottish Thistle Awards in March 2020.

Rebecca Brooks, chair of the Thistles, said: “I am constantly impressed and amazed by the quality and entrepreneurism of the Highlands and Islands, punching well above your weight every year.”

She said that the “enduring appeal of the Highlands is what sells Scotland”, adding: “It’s almost impossible to sell a programme of Scotland without including the Highlands – everybody wants to come here.”

HITA board chairman Laurence Young commented: “In recent years, tourism has been thriving across the Highlands and Islands and it just gets more and more important for the economy and for communities.

“Visitors are the lifeblood of remote and rural populations – and all those who work in tourism and support them are heroes in my eyes.”

The Highlands and Islands received a boost earlier this year when it was listed as one of the top 10 places to visit in the world by the respected travel guide, Lonely Planet.