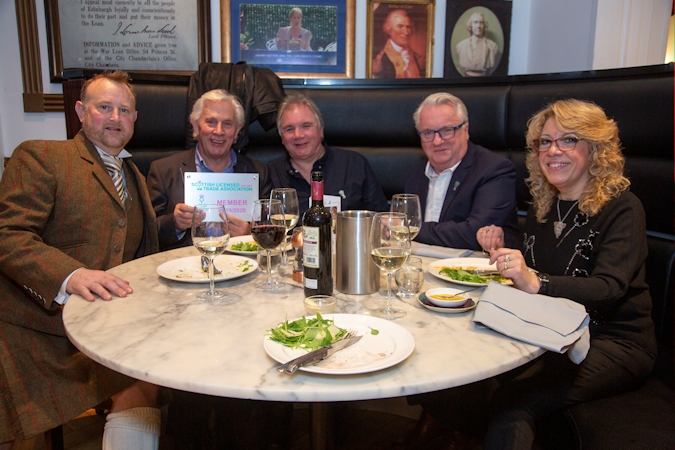 Edinburgh & South East LTA’s new and exclusive networking club – 1880, named after the year the SLTA was founded – held its second quarterly lunch in the capital this month with members travelling from as far north as Wick.

The brainchild of Graham Blaikie, chairman of Edinburgh & South East LTA and Marshall Bain, former president of the SLTA, the club creates new opportunities for people to meet up in relaxed surroundings and network on a local level.

Benefits for members include:

SLTA members automatically qualify for membership of 1880 at no additional costs – for non-SLTA members, there is a one-off joining fee of £50.

“While it’s likely that most members will be involved in the licensed trade, it’s not a necessity,” he said.

“You can be in any part of Scotland – you don’t need to be in this area although my hope is that other LTA areas see what we’re doing here and decide to create their own 1880 Club in their area.” To find out more, contact hello@selta.co.uk and view photographs from the event here