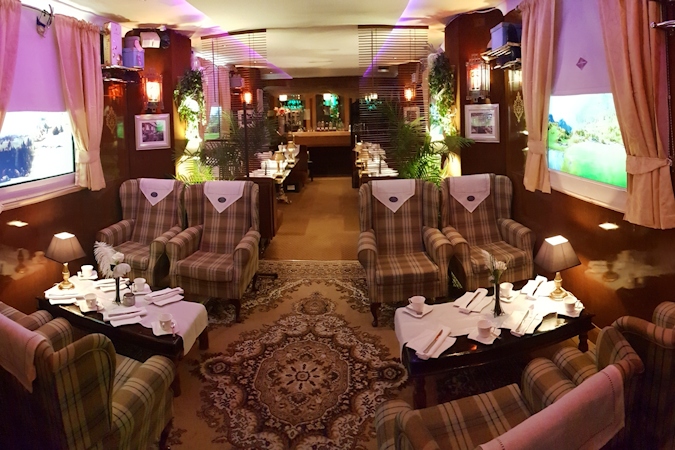 Readers of the Edinburgh Evening News have voted the Orient Express Experience at the Queen Charlotte Rooms as one of the capital’s top five afternoon teas.

Marshall Bain, former SLTA president who is a stalwart of the association in Edinburgh, said: “We were surprised and delighted that readers of the paper voted for us.

“It’s an experience like no other because you can sit in a grand environment and imagine you’re actually on the Orient Express with Prosecco or Champagne, the sounds of the train in the background and piano music that will take you back to that era of opulence and splendour.

“There are no windows so you look at the TV screens with the train going past – it’s great fun and you get all the usual sandwiches and scones you expect from an afternoon tea.”

So popular is the Orient Express Experience at the Queen Charlotte Rooms it’s booked up until the end of January.

“We introduced it about 18 months ago to celebrate our 21st anniversary and it’s really taken off, largely through word of mouth because we don’t advertise but also via social media – we’re on Facebook and that’s been a really effective way of promote our business,” said Marshall.