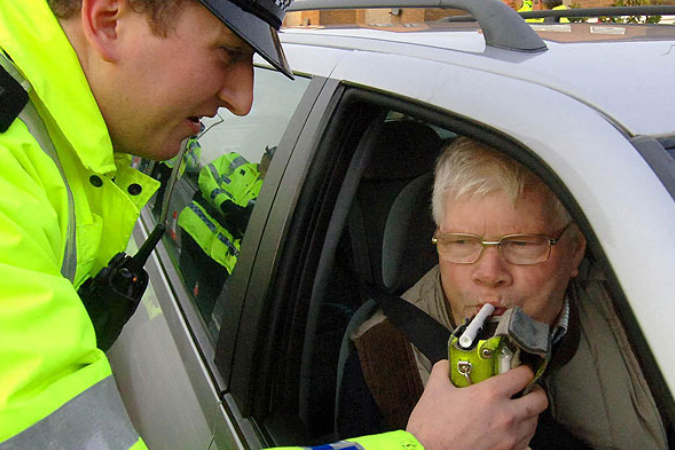 The reduction in Scotland’s drink-driving limit has had little effect on the level of deaths and accidents on the nation’s roads, according to a University of Strathclyde study.

Researchers found that the lower limit for blood alcohol content (BAC) had not been followed by a statistically significant overall drop in road fatalities, including during the peak accident periods of night-time and weekends.

There was also little change in the death rate for young drivers aged 16-25, who are seen as one of the highest-risk groups for drink-driving.

The researchers, from Strathclyde’s Department of Economics, are clear that they are not suggesting that previous BAC limit reductions had not been ineffective, only that the most recent reduction had not had a material impact on road safety.

The study assessed data on more than 1.1 million accidents, leading to 1.5 million casualties and more than 14,000 fatalities, between 2009 and 2016, with prevailing weather conditions also taken into account.

They found that, in the two years leading up to the lower BAC limit, Scotland had monthly accident rates of 740.63 and fatality rates of 14.96. In the two years after the new limit was introduced, the rates were 704.13 for accidents and 15.25 for fatalities. This was consistent with England and Wales, where the BAC limit remained unchanged.

Furthermore, the change in policy did not appreciably affect overall accident rates, which statistically increased slightly by 0.18 accidents per 100,000 of population, although this is not statistically significant.

The researchers stated: “While there may be other reasons to pursue a reduction in the BAC limits, our results suggest that this further BAC limit reductions has not achieved all that might have been hoped for it in terms of road safety.

“This is not to say that previous BAC limit reductions have been an ineffective means of preventing traffic fatalities. Instead, our results indicate that the marginal returns to further BAC reductions in terms of road safety are small, which is a result that policymakers should take into account when weighing the costs and benefits of alcohol-control policies.”

The paper, by Carnegie Vacation Scholarship student Benjamin Cooper, Dr Markus Gehrsitz and Dr Stuart McIntyre, is an example of Strathclyde’s research on policy and programme evaluation, including work on health, education and other areas of public policy.