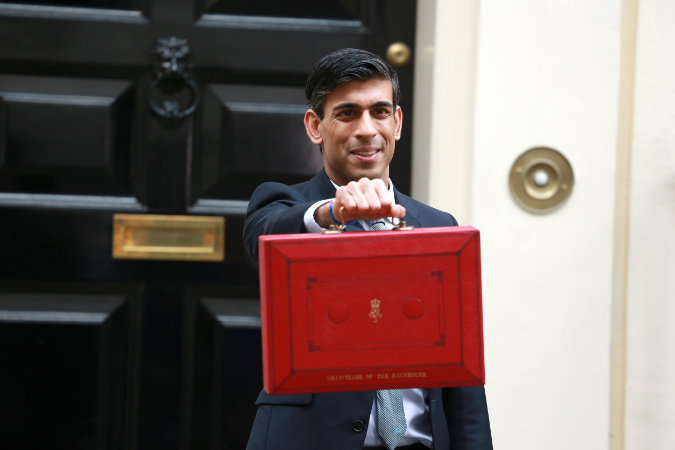 The Scottish Licensed Trade Association (SLTA) welcomes the recognition by the Chancellor in his Budget statement that the hospitality industry has been one of the sectors hardest hit by the pandemic with the announcement of a new 50% business rates discount – up to £110,000 – for companies in the retail, hospitality and leisure sector in England lasting for one year.

Rishi Sunak also announced the publication of a business rates review for England. In Scotland there is a very welcomed rates freeze until March 2022.  However, the SLTA now calls on the Scottish Government to at least match, if not improve on, the Chancellor’s ‘aid package’ for our industry with the added proviso that this is directly focused on those most in need within the sector.

Unlike the on-trade, supermarkets and other retailers selling alcohol benefited from remaining open throughout the pandemic while the hospitality sector bore the brunt of a range of restrictive measures curtailing their ability to trade – more so than any other business sector.

The Chancellor’s aim of a ‘high-wage, high-skill, high-productivity economy of the future’ comes with high costs for businesses at a time when they are struggling for survival.”

While recognising the recent changes to the Scottish rating system following the Barclay review, just this week the SLTA again called for changes to the unfair system of business rates imposed on the licensed hospitality sector.

Discussions with Scottish Government ministers and officials since 2016 indicate a degree of sympathy with the consistently argued case that the licensed hospitality sector is disadvantaged by non-domestic rates. This view was also shared by the independent Scottish Parliament Information Centre.

With the publishing of a rates review for England, now is the time for the Scottish Government to correct the unfair and discriminatory situation in Scotland.

With recent calls from the SLTA to overhaul the alcohol excise duty system and introduce new measures that would create a ‘differential’ between alcohol sold in pubs and bars and that in supermarkets, the trade body welcomes the first steps taken by the Chancellor this afternoon with the announcement of ‘draught relief’ measures cutting duty on draught beer and ciders served from containers over 40 litres.

However, this is only a small step forward and we are disappointed that this did not go further to include spirits and wine sold through the on-trade. His comment that ‘alcohol duty taxation is a mess’ should have led him to do more and help sustain the licensed on-trade as it fights back from the pandemic.

His announcement that this will equate to a 3p cut in the cost of a pint is certainly disingenuous, most unwelcome and unrealistic. With increased costs to business including staff costs, crippling increases in utility supplies and with inflation of over 4% next year, and no doubt brewery price increases, this will soon be swallowed up with operators having to explain potential rises of 30p a pint to offset all the increased costs the industry is facing.

The Chancellor’s aim of a ‘high-wage, high-skill, high-productivity economy of the future’ comes with high costs for businesses at a time when they are struggling for survival.

Of particular disappointment is the fact that there was no move to permanently reduce VAT for the hospitality sector to allow us to compete on a more level footing with our foreign competitors who enjoy much lower levels of VAT.”