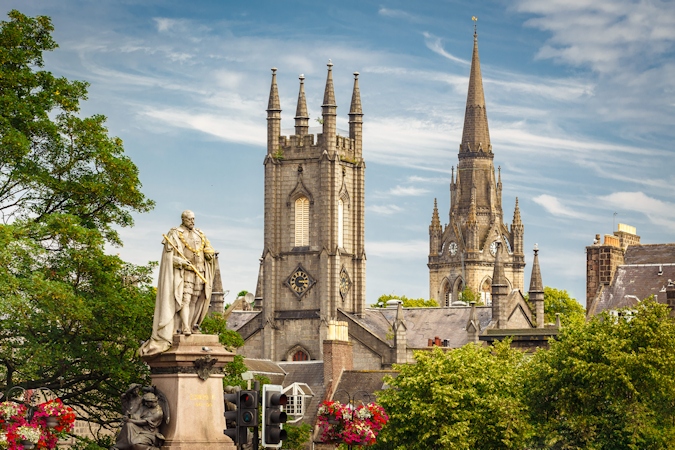 A newly-established group in Aberdeen, set up to develop the city’s night-time economy is seeking representatives from industry sectors to help shape future plans – but Aberdeen City and Shire Licensed Trade Association has criticised organisers for failing to seek views and opinions earlier.

Aberdeen City Centre Night-Time Commission has been set up by Aberdeen Inspired as a lobbying body on behalf of the night-time economy at a local and national level.

It is currently composed of representatives from the cultural, hospitality, beauty, leisure and retail sectors, and economic development and planning.

This week, it was announced that the panel is now being segregated into sub-groups to explore the challenges and opportunities in greater depth.

Aberdeen Inspired is inviting people from the following sectors to get involved and make their voice heard: cultural venues, nightclubs and bars, retail, offices, restaurants and hotels.

Adrian Watson, chief executive of Aberdeen Inspired, said: “Aberdeen Inspired is committed to supporting our night-time economy in maximising all opportunities open to our associated businesses and partner agencies.

“The next step of our progression is the Aberdeen Night-Time Commission, a first in Scotland, where the evening and night-time businesses will have the opportunity to work together on agreed goals in positively shaping the direction we take our city centre.

“We would encourage interested individuals to get in touch and be a voice for the city.”

A statement issued by Aberdeen City and Shire Licensed Trade Association commended the organisers for asking the trade to get involved but said: “We feel that this should have been the route followed over a year ago.

“The oil downturn has escalated the closure of pubs and nightclubs around the city with the obvious knock-on effect of job losses.   Until now the licensed trade as a whole has been pushed to the edges of the night-time economy debate and this has been detrimental to the city”

It added: “In recent years, when the venues were consulted, their views were not taken into consideration. Over the years the licensed trade in Aberdeen has been trying to get involved in the debate.

“However, our input has not been taken on board. We would hope that with the new subgroups the licensed trade in Aberdeen will be seen as a more equal partner and have our views taken into account in a unified way.”

Aberdeen City and Shire LTA also said that the Board granting extended licences “has had a detrimental outcome for many existing venues and has had no positive outcome”.

According to Nicola Johnston, Aberdeen Inspired evening and night-time economy manager, establishing the Aberdeen Night-Time Commission is a “positive step for us and the city”.

She said: “Bringing together the skills and experience of our night-time leaders is invaluable, and the first meeting was very encouraging.

“Following on from that, we will now segregate the commission into sub-groups. This will allow us to explore each sector closely and feedback from representatives within these will help to shape working outcomes for our night-time strategy throughout 2020.”

In addition to the sub-groups sitting under Aberdeen Night-Time Commission, public transport businesses, community councils, universities and the health sector will be reached through the Aberdeen City Centre Partnership.

Key objectives of the commission include recognising future trends, being a voice for current and emerging industry challenges and exploring opportunities to enhance the night-time economy, as well as increasing footfall, dwell time and spend of patrons.

Aberdeen has received recognition as the UK lead in night economy management and secured Purple Flag re-accreditation for the sixth time earlier this year.