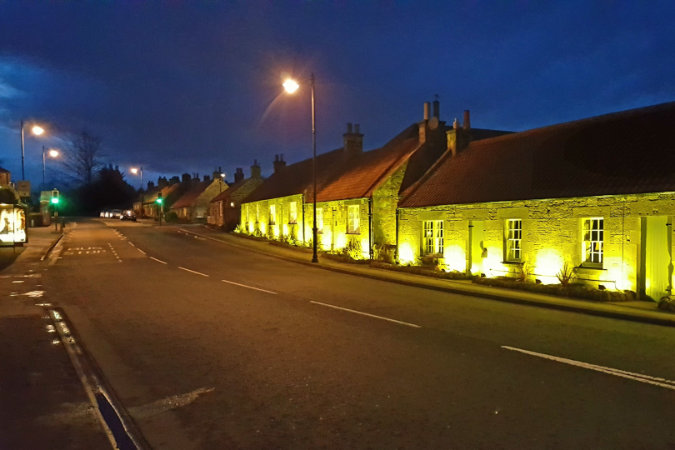 Alan Russell, owner of the famous Longniddry Inn, in East Lothian, and a stalwart for the industry for more 38 years vents his frustration and anger at the way the self- employed within the licensed hospitality trade are being treated by Governments both north and south of the border.

“As usual we have been thrown under the bus. I would say that the Governments have looked after many aspects of staff and businesses, but for the 5% of us who are self-employed, they have not looked after us and this makes me very angry indeed.

Was it good news that we will not be paying rates for a year?   Not really, not at this point in time, as we would not have started paying rates until May, so no immediate help there.  We need financial help NOW!

The job retention scheme sounded a great solution to retain your staff for the eventual re-opening of our business, if we survive. No system in place yet and probably no money until the end of April, if we are lucky. We need the money NOW!

As for the self-employed grant only for people who have £50,000 of taxable profits –  you need to have profits in excess of that if you have a busy businesses to be able to pay the high VAT bills/tax bills/staff pensions/rates before you pay for produce and utilities and, oh yes I forgot. something for yourself, or does that not matter.   To cap it all, the grant is not available till June!

Let’s also not forget that those of us with a rateable value over a certain amount have to pay a Large Business Supplement to support the Small Business Bonus Scheme, the very group that are getting grants from the Government and yet we are left hung out to dry!

Why does the Government think that if you have two businesses, or more, and even though above this arbitrary figure of £51,000 rateable value, that such businesses don’t have the same cashflow problems, paying suppliers, paying staff etc.  They work as individual businesses and pay their taxes and employ many people. Why should we be penalised for that? I wonder where the Government get the notion that these self-employed people are well off and do not need help?  They can get that right out of their heads.

It is well documented that our business sector rates are based on turnover, unlike the majority of others, and we pay a disproportionately higher proportion of our turnover than any other business sector.  Why then does the Government deny us the grant?  This grant is “not a hand out” it’s a “SURVIVAL PAYMENT”, which every hospitality business needs right now, not just the few.

In my business, I am, at the moment, paying my staff the 80% wage. I would like to do more but as they are earning 80% more than either myself or my wife, that’s not possible. That is not the staff’s fault and I want to retain a great set of people who have made my businesses successful with a lot of hard work.

After nearly 40 years in this wonderful trade I feel, along with many others, let down by the Government. I know it has an impossible task and I realise that people are dying from this virus, which is terrible.   However, we have to look to the future after this over, because the financial problems will not disappear overnight once things get back to normal, whatever normal will be in the future.

I hope everyone keeps safe and well and that Governments will spare a thought for the self-employed.